The information of the following table is gathered from Creative's official specifications of their Recon3D and Tatic3D Wireless headphone solutions. 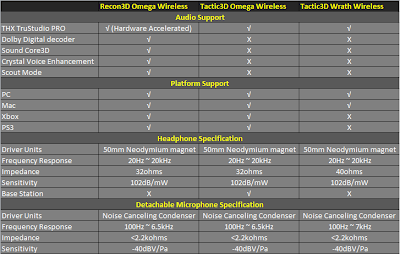 Comparison findings
Conclusion, if you want to have an all rounded solution when using your PC/Mac and with your consoles Xbox/PS3, it will definitely be the Recon3D Omega Wireless.
Posted by Coconuts at 12:02 AM